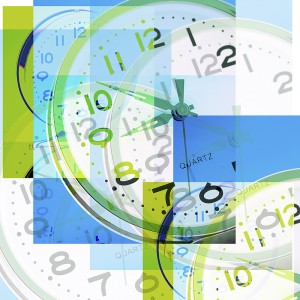 This begins a series of articles presented by guest bloggers with your development as a standout Artisan Dentist in mind. 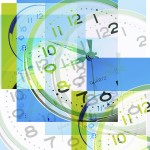 Creating learning moments for your dental patients will advance their understanding, value and ownership of their own oral health; develop trust; and provide you greater opportunity to influence their oral health choices.

FROM THE START, listen for connection points with your patient. These will enable you to get their attention and more…

A primary task in “teaching” patients is training your eyes and ears to listen for potentially relevant connection points with those whom you hope to influence. When your talk/listen ratio is in the range of 50/50, or better yet 40/60, or even at times 20/80, you create opportunities to hear relevant connective thoughts, which you do not hear when your talk/listen ratio is reversed.

A setup for a learning moment originates in and is demonstrated by listening and is restricted by telling. Learning moments can begin by simply getting someone’s attention, cleverly arousing curiosity, gently developing ownership of a present condition, tactfully refocusing attention to the pertinent subject, intentionally inviting a response, and skillfully negotiating an action plan.

THE THREE RIDDLES OF EACH DENTAL PATIENT

During my full-time tenure at The Pankey Institute, I found dentist-participants became engaged around words, which seemed to hold meaning for them. One word that seemed to immediately engage everyone was the word “riddle,” so I rephrased Dr. L. D. Pankey’s admonition “Know Your Work” to “Know the Technical, Behavioral, and Communication Riddles.” I described the riddles this way. Each patient who sits in your chair has at least three “riddles” which you can begin to understand and address. If the patient would like to have the greatest potential for keeping his or her teeth for a lifetime and to optimize health, function, and aesthetics, you can begin to learn, understand, and address all three.

A collaborative process of solving the riddles opens the way for simultaneous doctor-patient (often, doctor-patient-team) awareness and apperception. A collaborative process creates learning moments for dental patients that will take down barriers to achieving optimal health and aesthetic results. A collaborative patient engagement process (with both new and existing patients) sets up moments of tension through questions that prompt your patients to tell their story, engage in self-discovery, experience aha, and actively create their future.

Even though the Technical Riddle is full of opportunities for life-long learning, there are times when we think we might be done—if and when we do just one more course, seminar or workshop. The Behavioral and Communication Riddles, on the other hand, have a way of eluding us. At first, we might think we have solved these riddles when the patient says yes to treatment, but the yes is really just a beginning and often filled with unhealthy assumptions or blind spots for the dentist, team, and patient.

Early in my career as a dentist, I had a tendency to tell my patients what was best for them while not listening deeply and learning their story. They might accept treatment but go back to bad habits and lack of ownership of their oral health. This frustrated me greatly. With experience, I learned that engaging patients takes different forms based on the circumstances, objectives, and temperaments of the patient. Getting someone’s attention is not simple, and one phrase or script does not work for all patients; it depends! It depends on their unique story behind the story.

ONE OF MY PERSONAL STORIES: THE MAN WITH A PRIVATE JET

I remember a patient who was an owner of five manufacturing businesses. A periodontist referred him to me for his restorative work. As he presented, he had some mobile teeth as well as generalized tooth sensitivity. At our first visit he told me that I had been highly recommended, he wanted to have me do his restorative work, and he wanted to know how much it was going to cost. I was a bit taken back, since I had just met him and had not yet looked in his mouth.

By self-report, he had a couple of mobile teeth and generalized temperature sensitivity in his mouth. I decided to engage him on a subject he brought up—money. I asked him if money would be the determiner of whether he did his restorative work? He said no, and then told me the story of his private jet, his four houses and their locations, as well as his wife’s most recent project, a new master bathroom in their home in a neighboring town.

I asked him a second question, “Can you tell me more about your interest in cost?” And then he told me about his businesses and why he was so successful. He felt part of the answer to his success was he, most often, was the first to know the cost of a project. I then asked him how he would feel if he was the second to know? And he responded, who will be the first? I finally had his attention for the moment and thanked him for asking. Then I answered his question by saying, “I will be the first to know.” He smiled and said that would be okay.

Since he had mentioned his private jet, I decided to use an airplane analogy. I asked if we could talk about his dental work, with a 30,000-foot fly-over? He again said yes. We talked about not being in a big hurry because it would be in his best interest if we could do some things in stages and measure the response of his gingival tissues, bone, mobile teeth, and muscles. He smiled. I continued, because being able to take time to measure and monitor the bodies’ response to the first stage of treatment would be in his best interest and allow the investment in the second stage of treatment to pay him dividends over a long period of time. If he wanted to know the cost of the beginning stages, I would be happy to put together a “not to exceed estimate” for the first stage of work.

I also asked him, if he could give me three to six months to evaluate the viability of those mobile teeth and get the sensitive teeth comfortable? Another yes followed. I then suggested, by allowing time for assessment, I would be able to let him be the second to know a “not to exceed number” on his second phase, which would be the total cost of his restorative work.

I realized during this conversation and many future appointments, I was learning to get his attention, arousing curiosity about what we were doing and why, gently developing his ownership of his present condition and the future work we were going to do together, tactfully refocusing his attention to a pertinent decision point conversation, inviting responses from him, and negotiating an action plan. His first “yes” was only the beginning of developing heightened dental health awareness, built through multiple learning moment opportunities.

Another “gift” of dentistry is your conversations can be continued over time. To me this was a big help in my learning to communicate while uncovering the Behavioral and Communication Riddles. Often I would finish an appointment and reflect on all that happened in our conversation, only to say to myself, “I wish I had said…” in response to a question or comment made by the patient. Eventually, I discovered an easy way to begin the conversation again the next time I saw the patient. I’d start by saying, “I have been thinking about you and the conversation we had last time.” Most often, the patient would smile and ask, “What have you been thinking about?” Then, I would say, “Thank you for asking!” And the conversation would become a continuous one. What a gift! I had achieved a learning moment.